I did it! On Valentine’s Day I packed my baby in her baby sling, the crocheted hearts in a tote bag, grabbed the camera and went on my way to add some love to and heart my district. It was so much fun and really exciting to place my little love notes in the streets and take pictures of them. 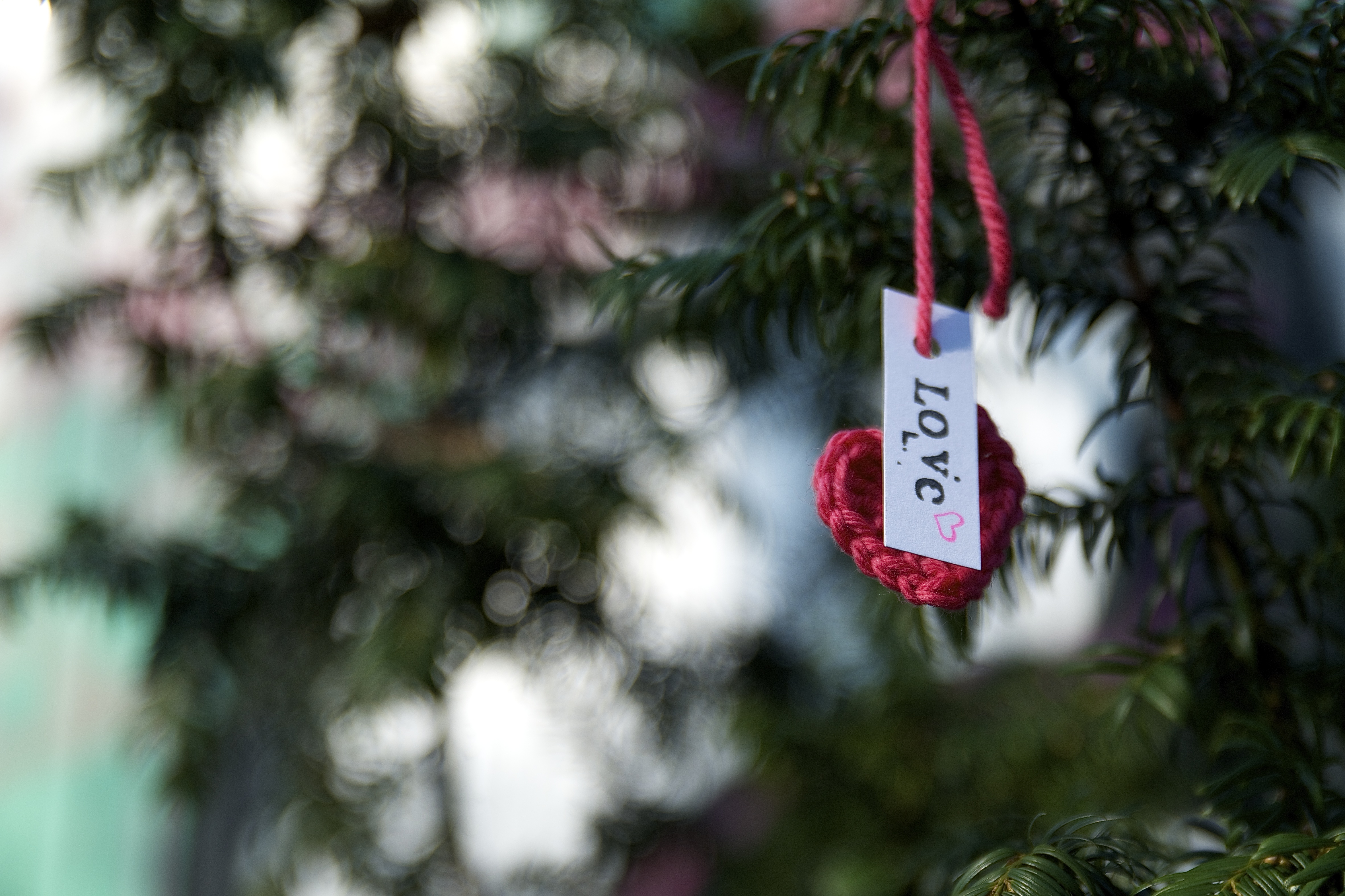 For the first hearts I chose a quiet street with no people who could watch me while placing the hearts, but after a while I became more courageous and hung up the hearts in parts of the district that were more crowded by people. And although I became more confident the more hearts I placed, I never lost the feeling of doing something illegal and that any moment, there would be someone tapping my shoulder and yelling at me what the hell I was doing. But nothing like that happened, I guess people who live in the Schanze are used to see people doing weird stuff. So I am really happy that I actually did this and not just think about doing it. 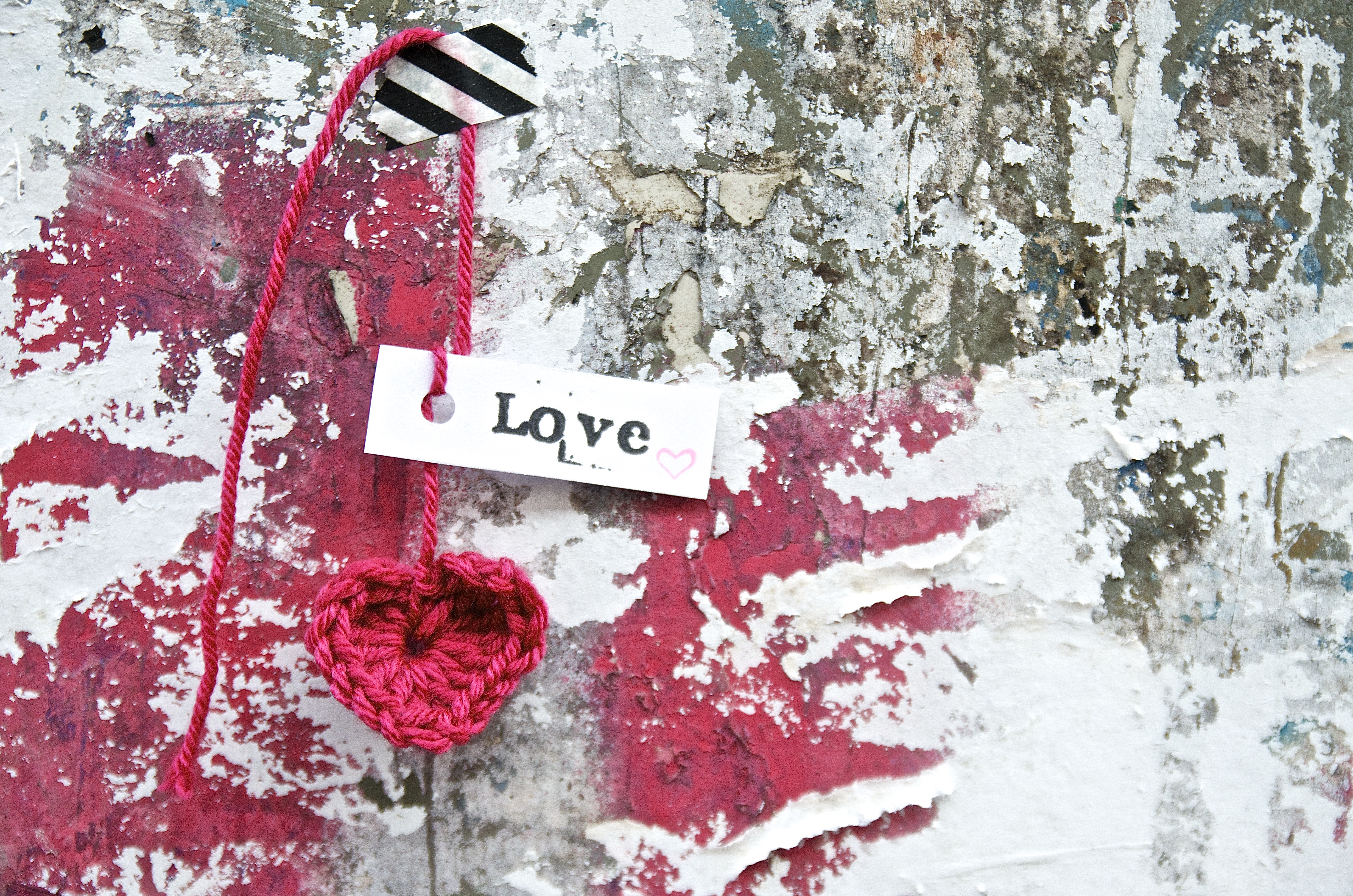 Indeed, I already have an idea for a another “street art” project because it made me feel pretty euphoric to turn this plan into action. I can’t wait to start over – but I guess it’ll take some time because we might have to eat more canned food for a while to get the material I need. 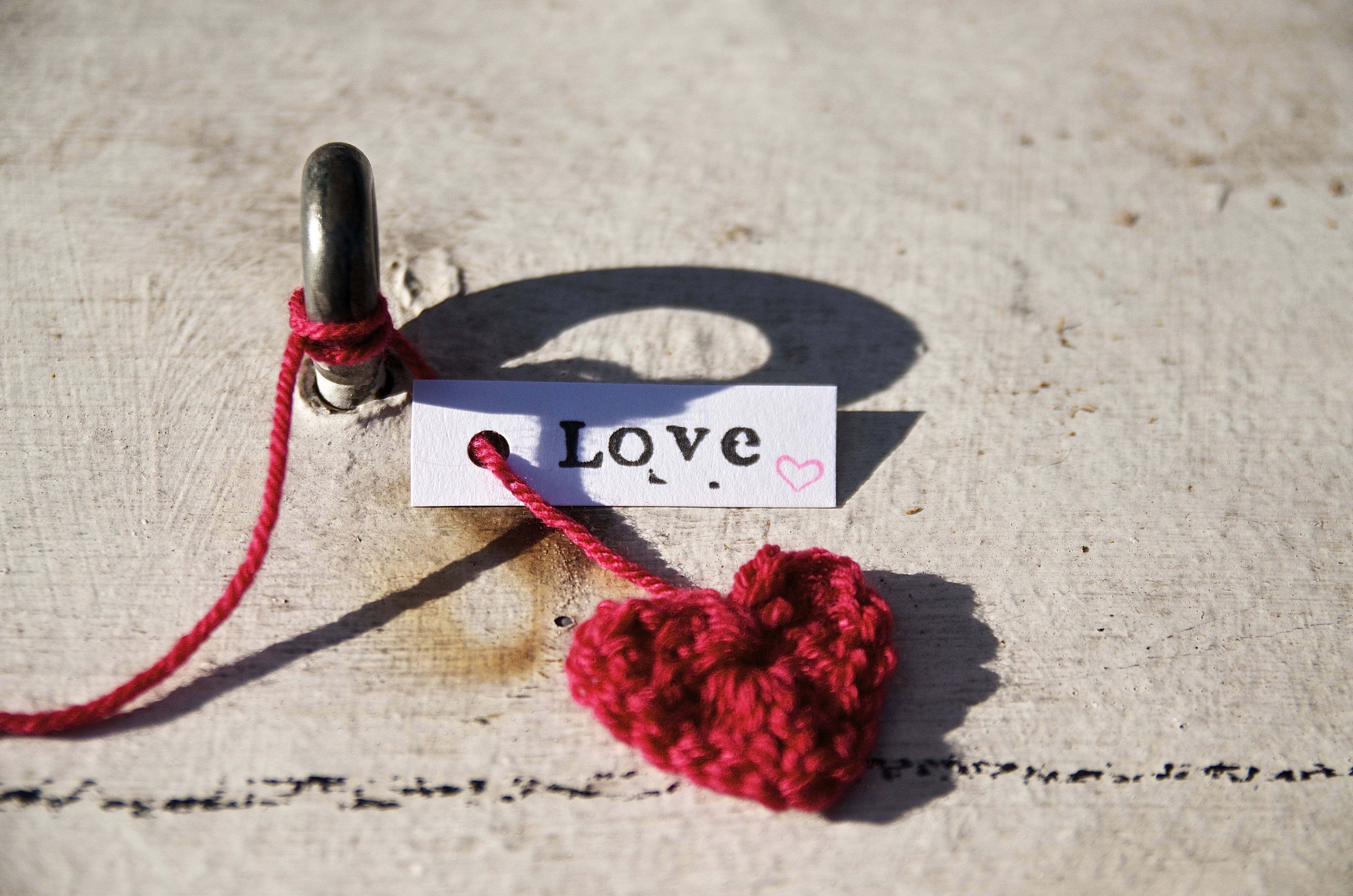 Did you do something lately that made you feel good and euphoric?