Pumpkins are just everywhere at the moment! You can buy them at every corner and there are tons of recipes, home decoration as well as pumpkin carving ideas around on the internet. With Halloween just around the corner, I would really love to carve a scary face into a pumpkin, put a candle in it and decorate our balcony with it. Or even better, use it as a Halloween party decoration. Unfortunately, Halloween is not really popular in Germany – I would love to throw a Halloween party with costumes and spooky decoration and all that stuff. But…most of the people I’ve asked aren’t too keen on getting dressed up in a costume. And without costumes, it’s only half the fun. So there are just pumpkin recipes left for me to try.

Of course, we bought some pumpkins at the adventure farm “Karls” that we visited on Rügen. I used the one I’m holding in the picture below for a pumpkin risotto that was really tasty and easy to make. Additionally, we had a leftover that we froze for the first few weeks with the baby so we don’t have to cook every day, but still have something healthy to eat. I will post that pumpkin risotto recipe here someday this week, so if you are interested in trying it, make sure to pop in again. 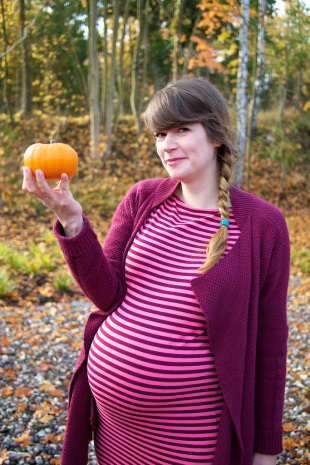 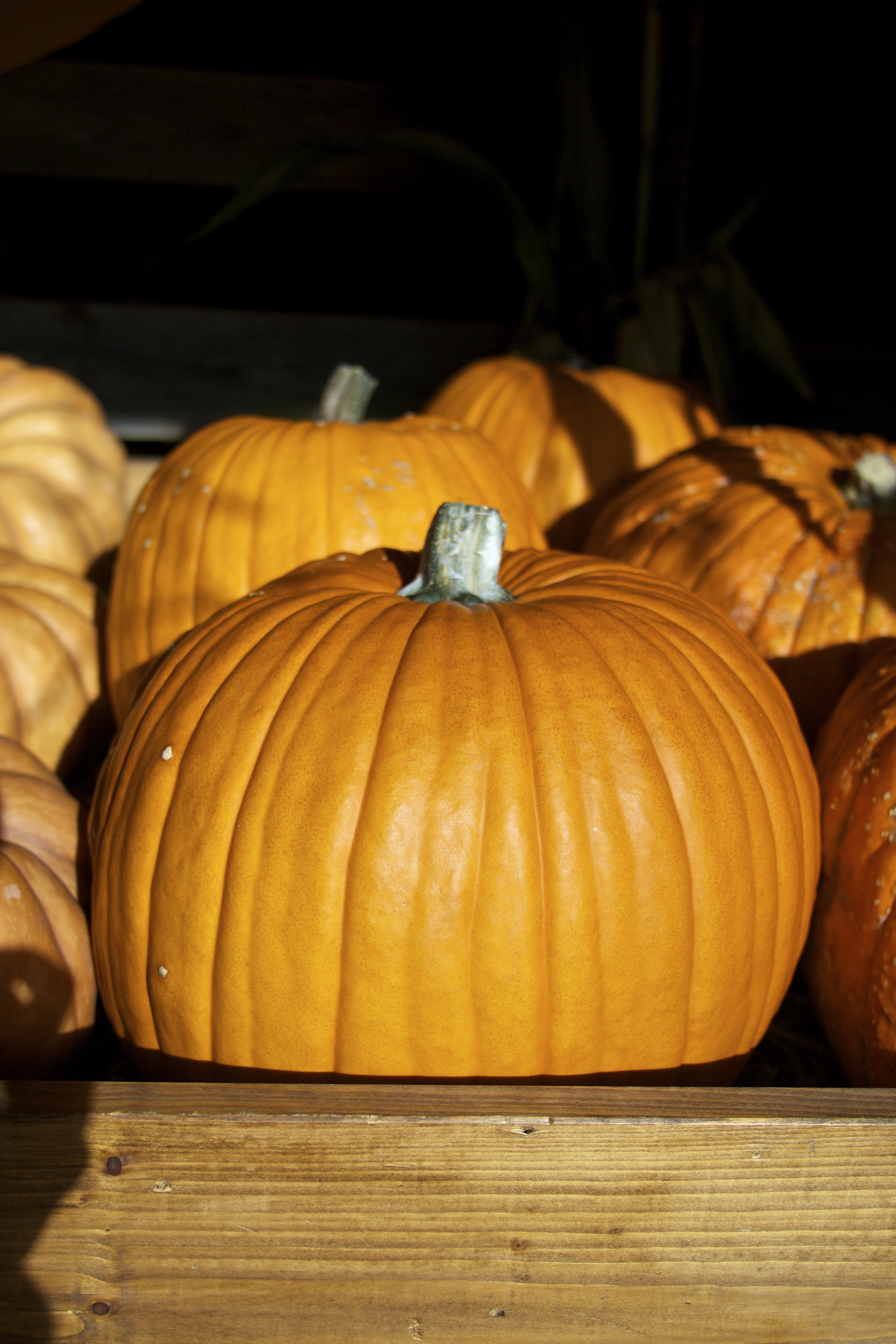 By the way…looking at these two photos above, right beside each other, makes me realize that my belly looks just like the pumpkin in the picture on the right. If I would’ve worn that dress in orange, I could have hidden between the pumpkins and nobody would have noticed. Scary. 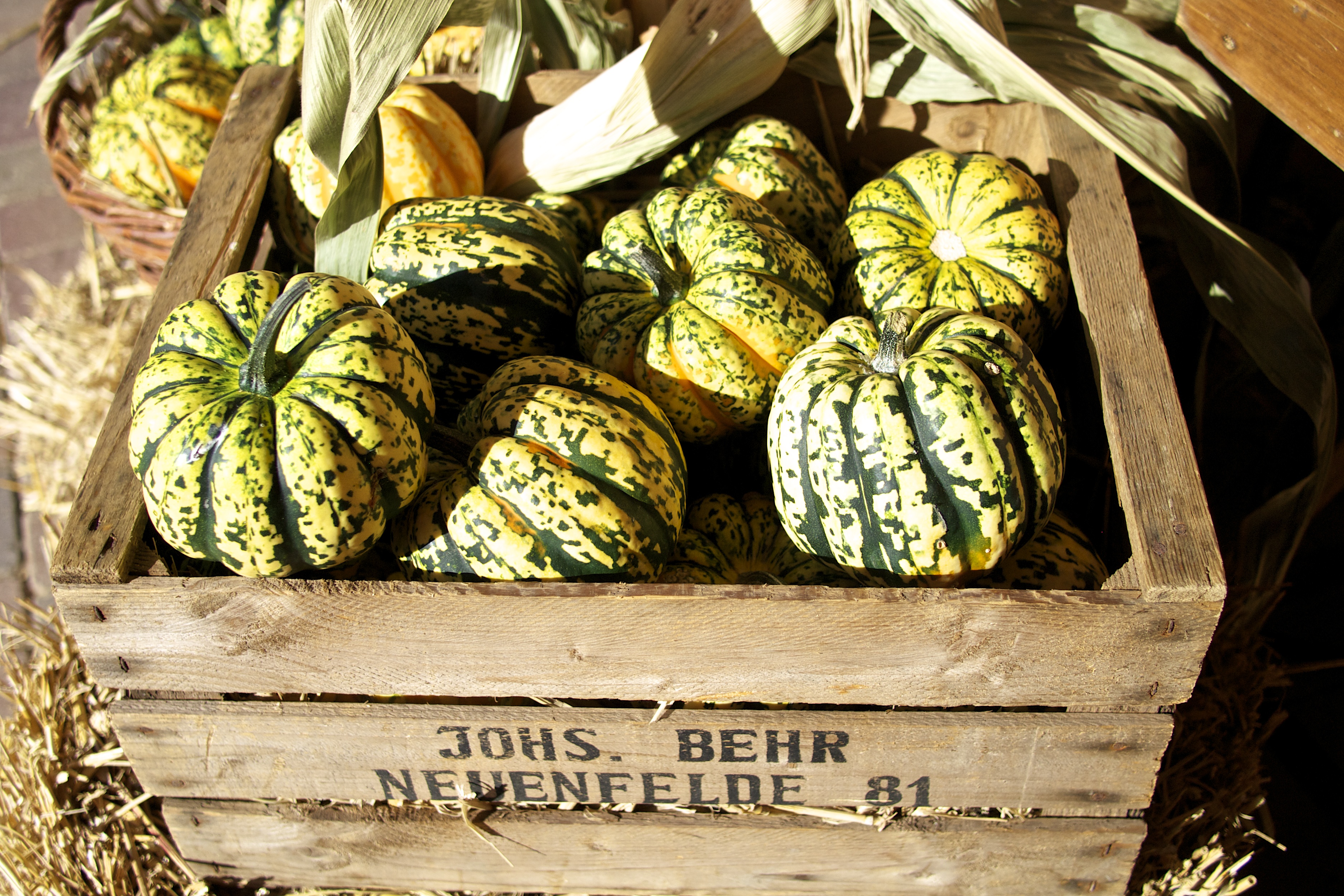 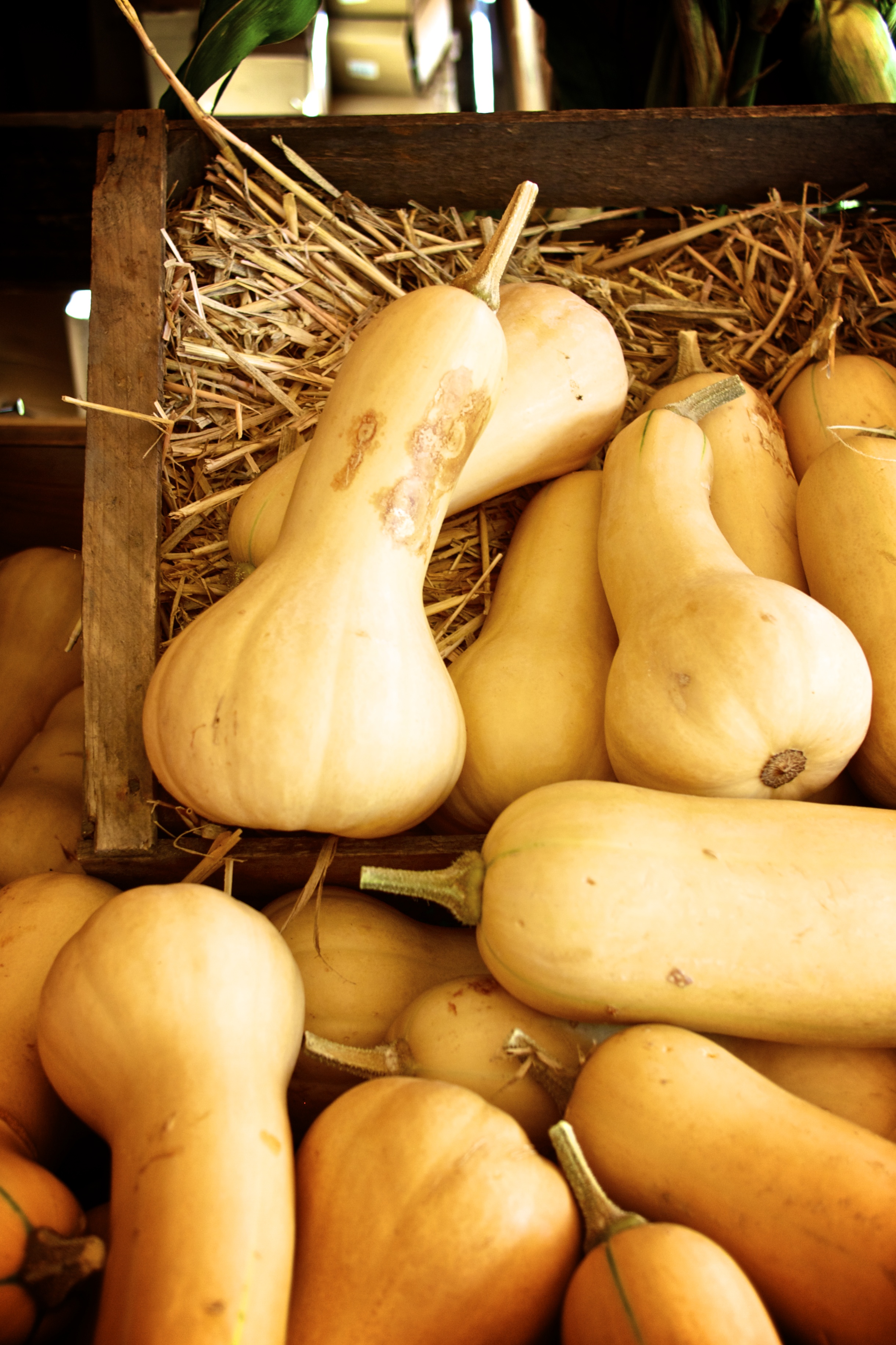 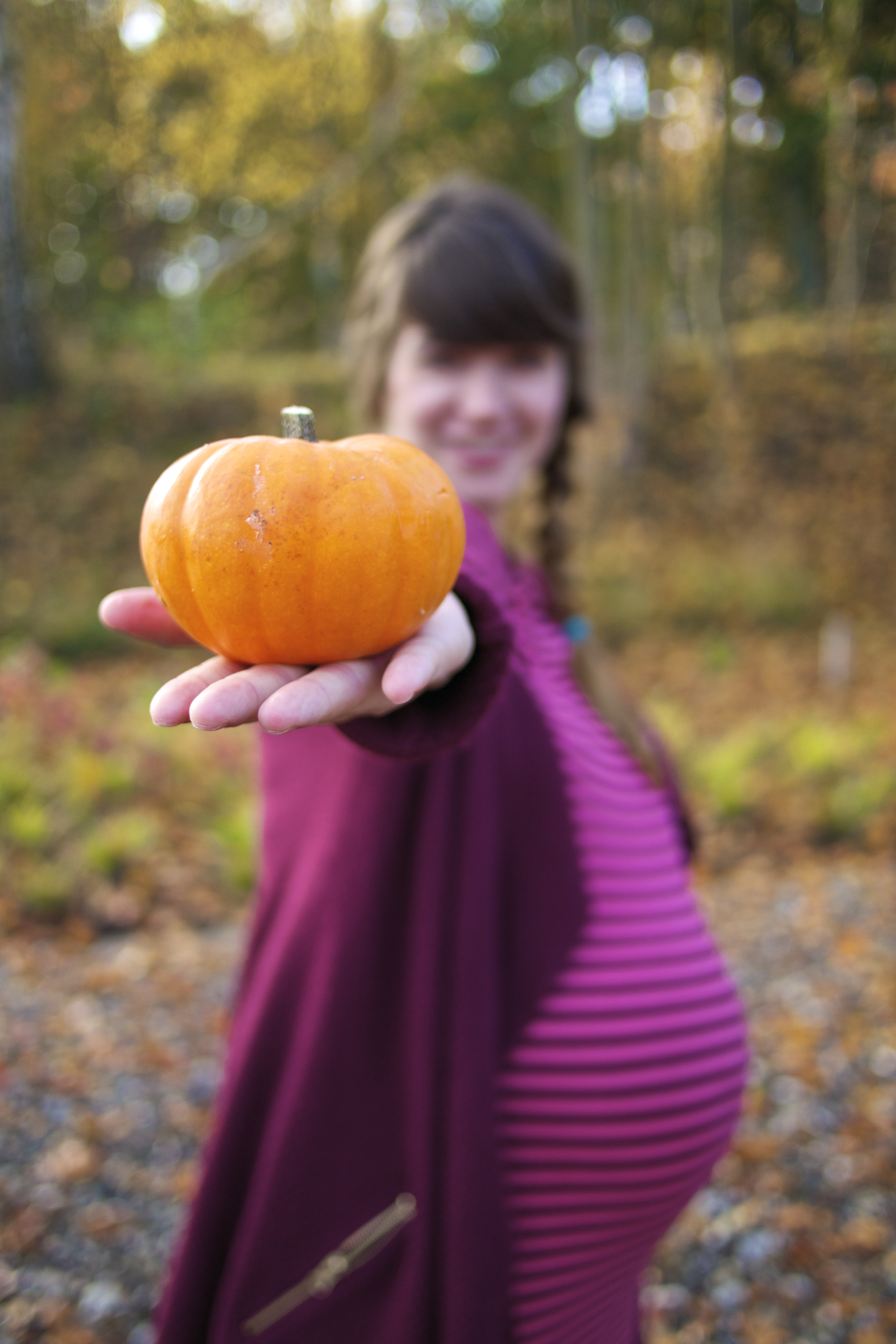