You might have noticed that music and concerts are very important to me. I can’t imagine a life without music. Yesterday morning, Blowfish Shoes asked via Facebook if one could rather live without music or without TV, and I’m really relieved that most of the comments say that they could definitely live without TV but no way without music.

Last week, my musical highlight was the concert of Dan Andriano and Brendan Kelly in the Prinzenbar in Hamburg. The Location was really small and with light dots of two mirror balls all over the place it was a bit magical. In addition to that, the walls as well as the ceiling were stucco ornamented, it was a perfect place for a concert that nearly felt private through this living room, fairy-tale atmosphere. Unfortunately, we didn’t bring a good camera, so all I have to show you how beautiful it was are some iPhone pictures. 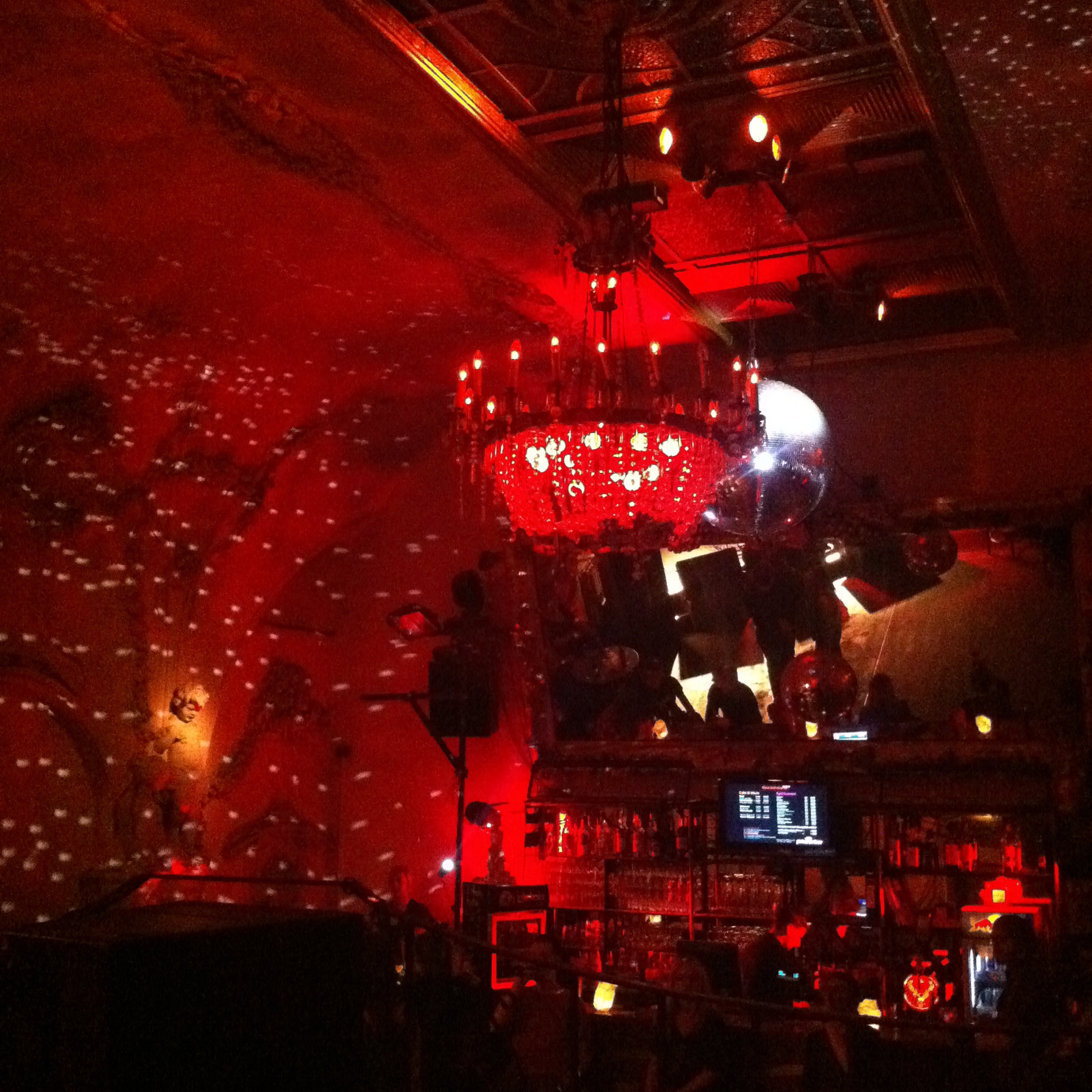 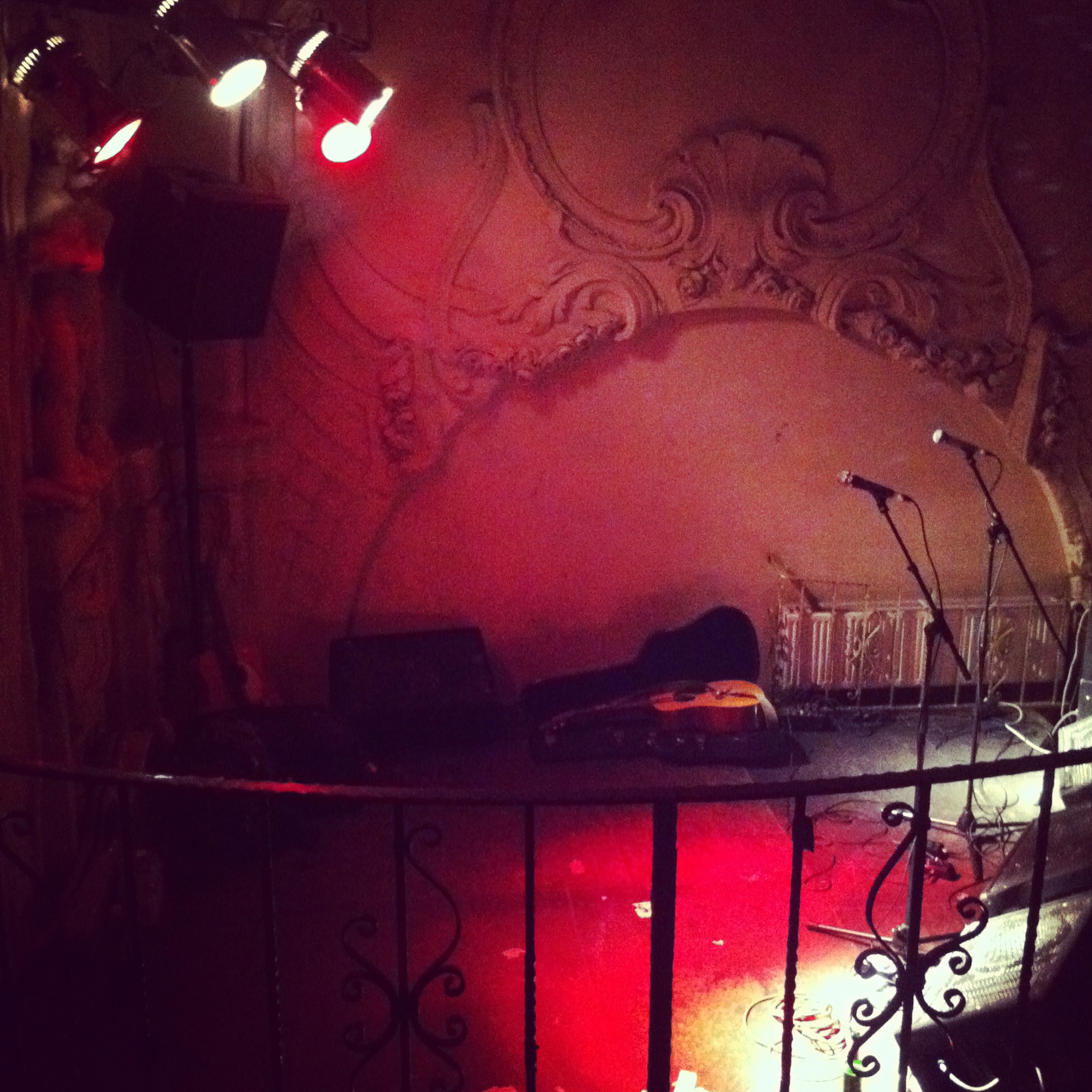 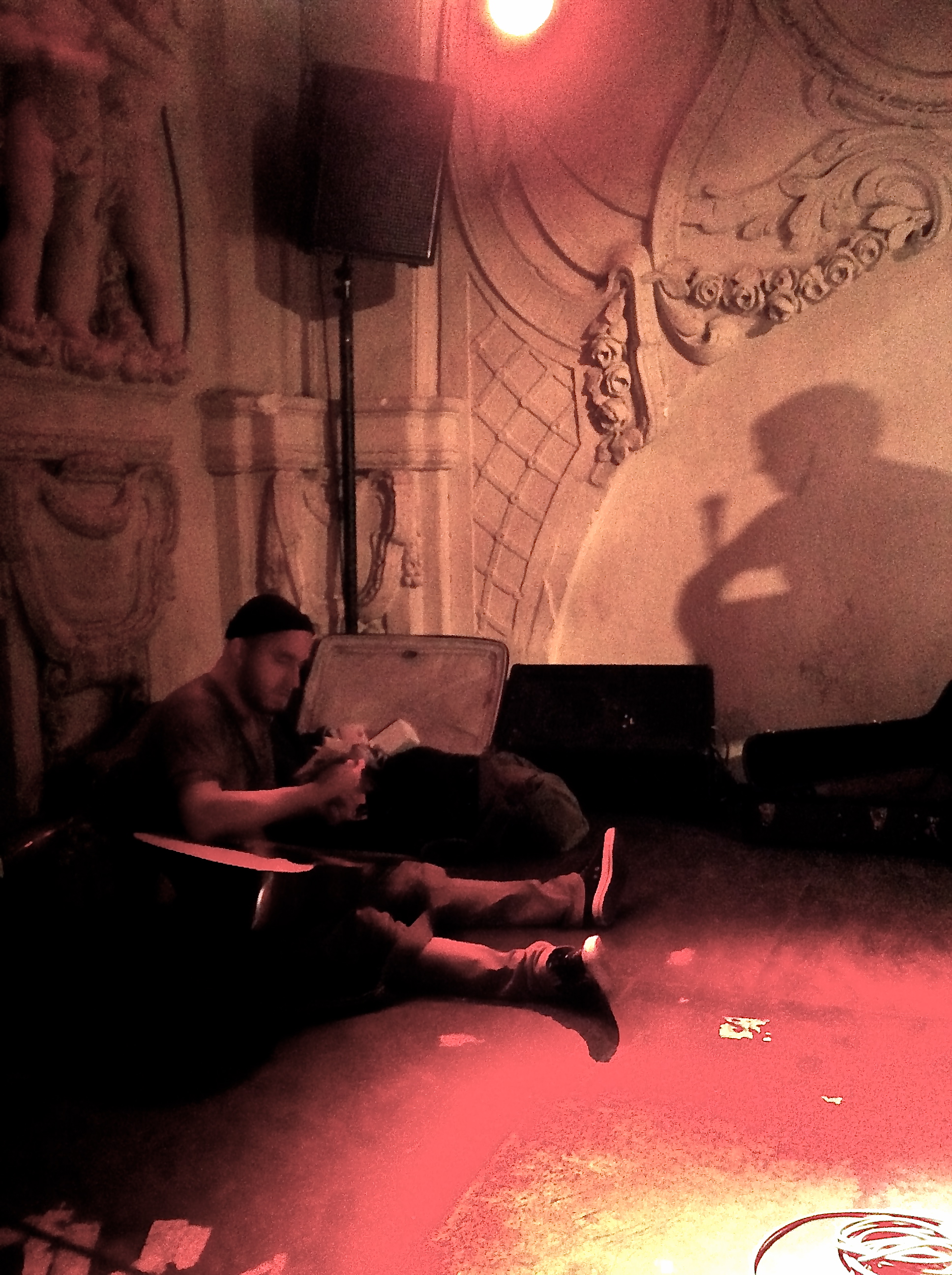 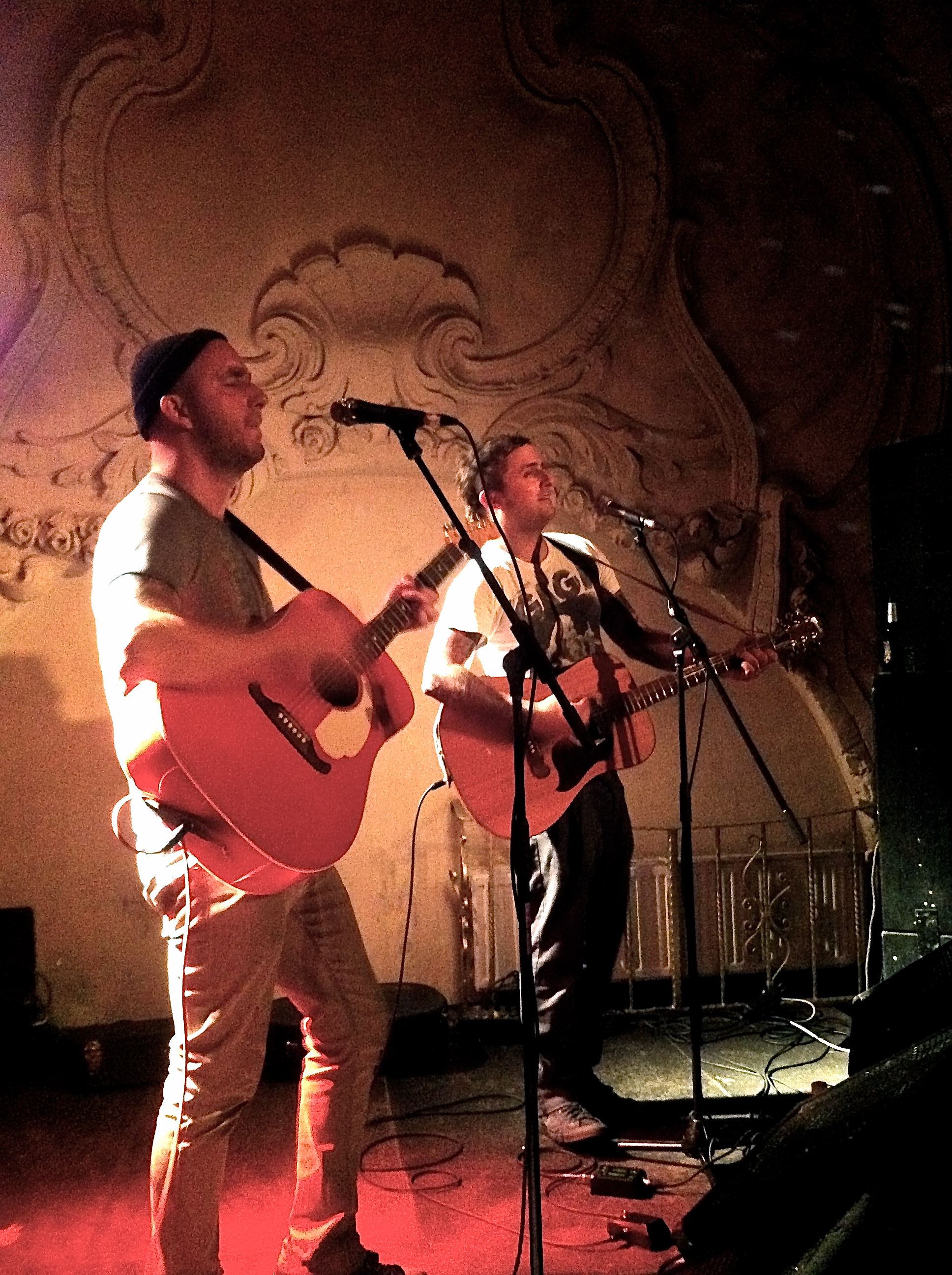 I prefer seeing musicians in small locations like this, we’re going to see The Gaslight Anthem in November in a place where 7000 people are able to watch the concert, and for the artist it’s sure a fantastic feeling when 7000 people sing along to your songs, but for me, these small concerts are much more special. And I think that in some kind of way, the artists also like to play in front of a small audience, because maybe they sometimes like it a little bit more personal.

It was really nice to see Dan Andriano help fixing Brendan Kelly’s guitar as one of his strings tore, he sat down at the back of the stage while Brendan Kelly kept on playing and singing. You can see it in one of the pictures above. Also, if there is a 7000 people audience out there, you wouldn’t be able to buy a beer for the musicians. They would never stand right next to you during parts of the concert and would never congratulate you on your pregnancy during a little chat after the concert and tell you that they love your belly. So thumbs up for concerts in small locations and many thanks to Dan Andriano and Brendan Kelly for this wonderful evening!