Today has been a great day so far, I managed to do a lot of things that were on my To-do list for today, and it was great feeling to check off so many points on the list. Furthermore, I had to make some unpleasant phone calls that turned out way better in the end than I though they would – maybe because I decided to be really kind instead of shouting at the person of the other end of the line. Or maybe because the man I called was really nice, too. Probably, it was a combination of both of us being friendly – what I actually wanted to say was that if you decide to be kind and friendly instead of annoyed and aggressive, a day you expected to become not so great can get way better than you thought it would. And who would’t want that?!

While searching the internet for a picture that shows this attitude I found this beautiful print, created by Kirsty of Ginger & George and you can find her blog post including this fantastic print (also in different versions) here. 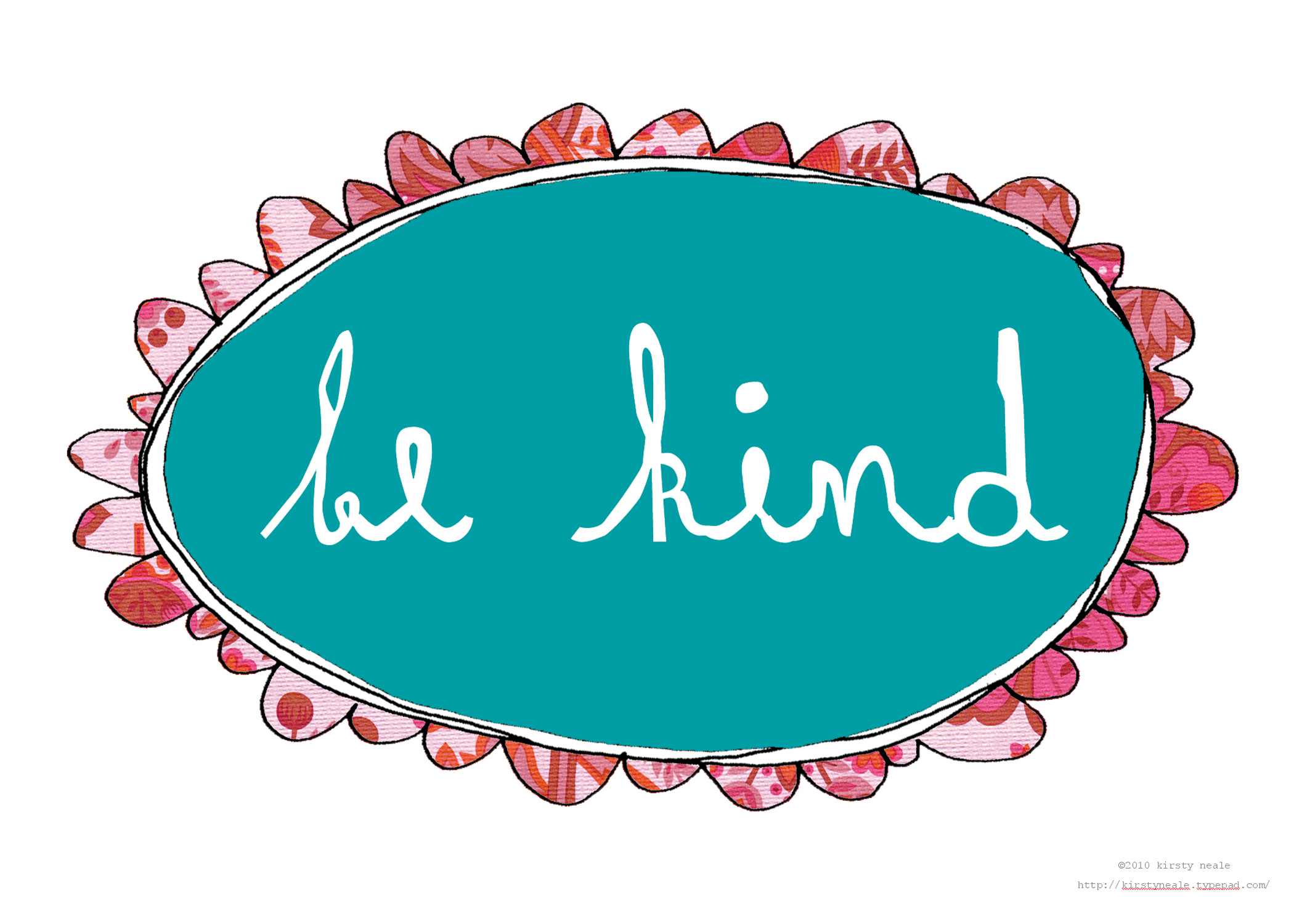 I immediately fell in love with her blog, it’s definitely one of my new favorites! Yay!

Something else that made me happy today was that two complete strangers made compliments about my outfit / look. It really makes a pregnant, weight gaining woman’s heart sing to hear something nice about her look! But I’m pretty sure that it’s not only me who feels good about these compliments, I think the women who told me I look great are also happy that something they said made my day.

You see, it’s worth it for everybody involved to be kind!

With this in mind: