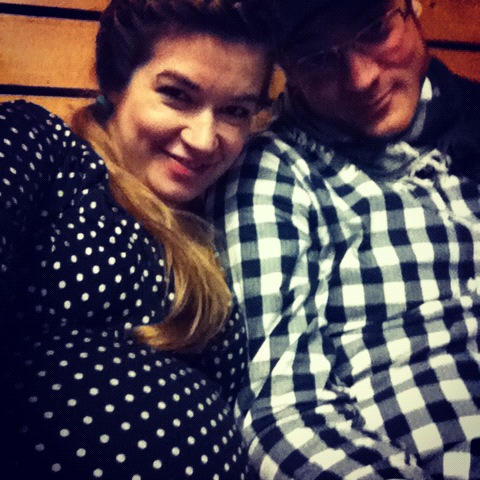 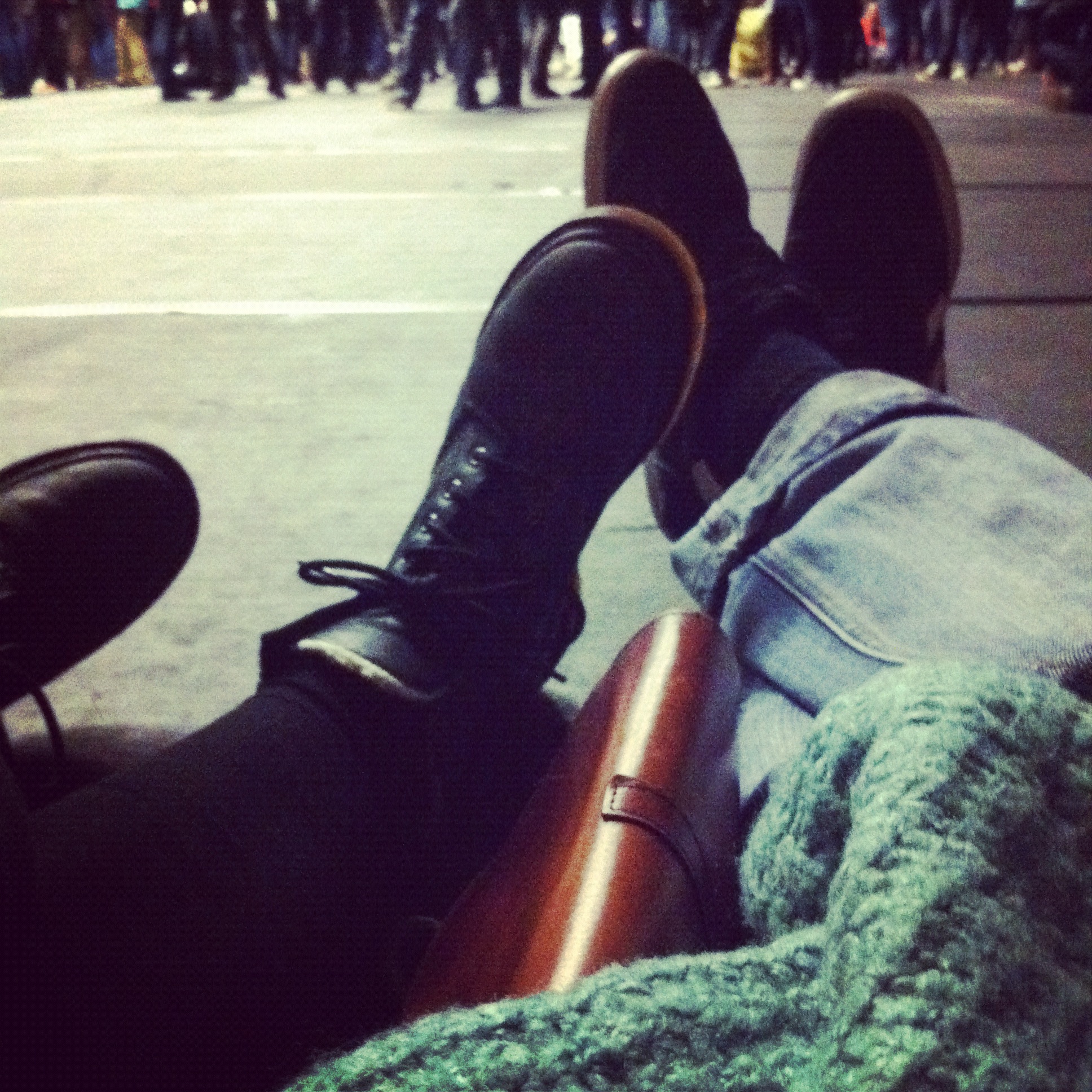 So – here is a little review of how the two concerts we’ve seen have been for me and, as I have noticed that it is different from seeing concert without a baby bump, some tips for visiting a concert being nine month pregnant.

The Gaslight Anthem played in a location where it is usually possible to sit at the stand – but surprise – not this time! Because of that, we had to sit down on the cold floor, so Tip 1: Make sure to bring a cardigan or a scarf, you’ll never know where you have to sit down and be sure: you will want to sit sometime during a 4 or 5 hours concert! Unfortunately, the sound was really bad down on the ground and so we were on the search for the best place to follow the concert, having a good sound but also feeling comfortable. I have to admit it didn’t really work out the way we wanted. The best sound in combination with a possibility to sit were the stairs outside the concert hall where we couldn’t see the band. Tip 2: Be prepared that it will be different from the concert experiences you’ve known so far and don’t be disappointed. I really thought that it would just be a little bit more exhausting, no beer and no front row, but it was really much more physically demanding than I expected it to be – so Tip 3: Don’t make other plans for the concert day! Keep it calm and relaxing before you go to the concert!

In addition to the physical challenge, I kind of worried that the music could be too loud for my little baby girl, although our gynecologist reassured us it wouldn’t be risky or too loud for the baby to go to a concert. She said that the baby would show me wether it’s ok or not. Nevertheless, as The Blood Red Shoes were incredibly loud and the beat was really hard I decided to leave the concert hall during their performance and felt way better with this decision. Tip 4: Listen to what your instincts tell you, if you’re not comfortable with the situation, no matter why, don’t think you have to stay where you are just because you paid for seeing the concert or because you always wanted to see the band or whatever. Just do what feels right.

Something else I experienced especially during the Gaslight Anthem concert is that everybody stared at my bump. Sometimes I couldn’t figure out if the look was disapproving or just surprised, but many people gave me a smile, offered me a seat (next to them on the floor), asked wether everything was ok and one guy even told me this is a good start for the baby! So, Tip 5: Be prepared to draw attention, either in a positive or a negative way. 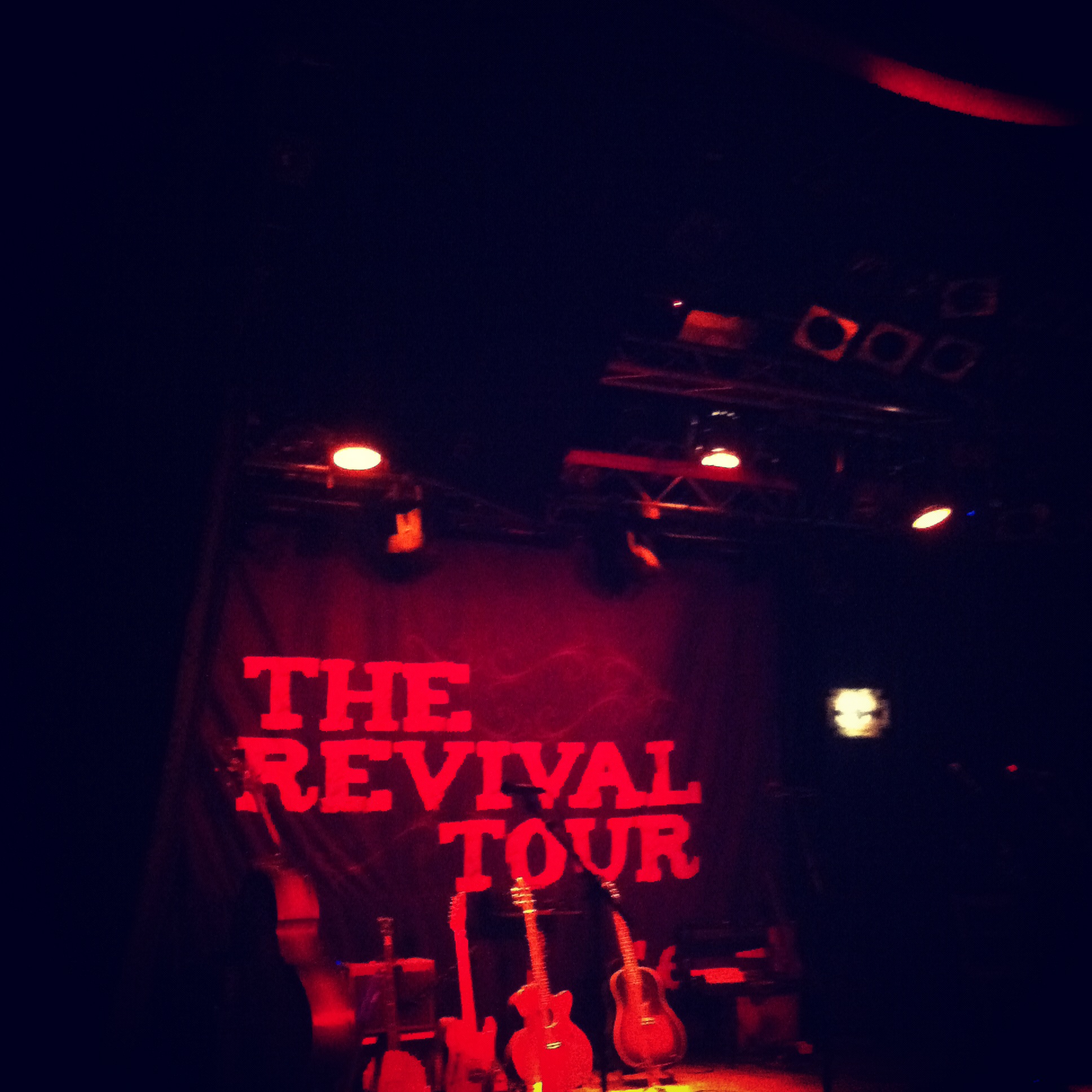 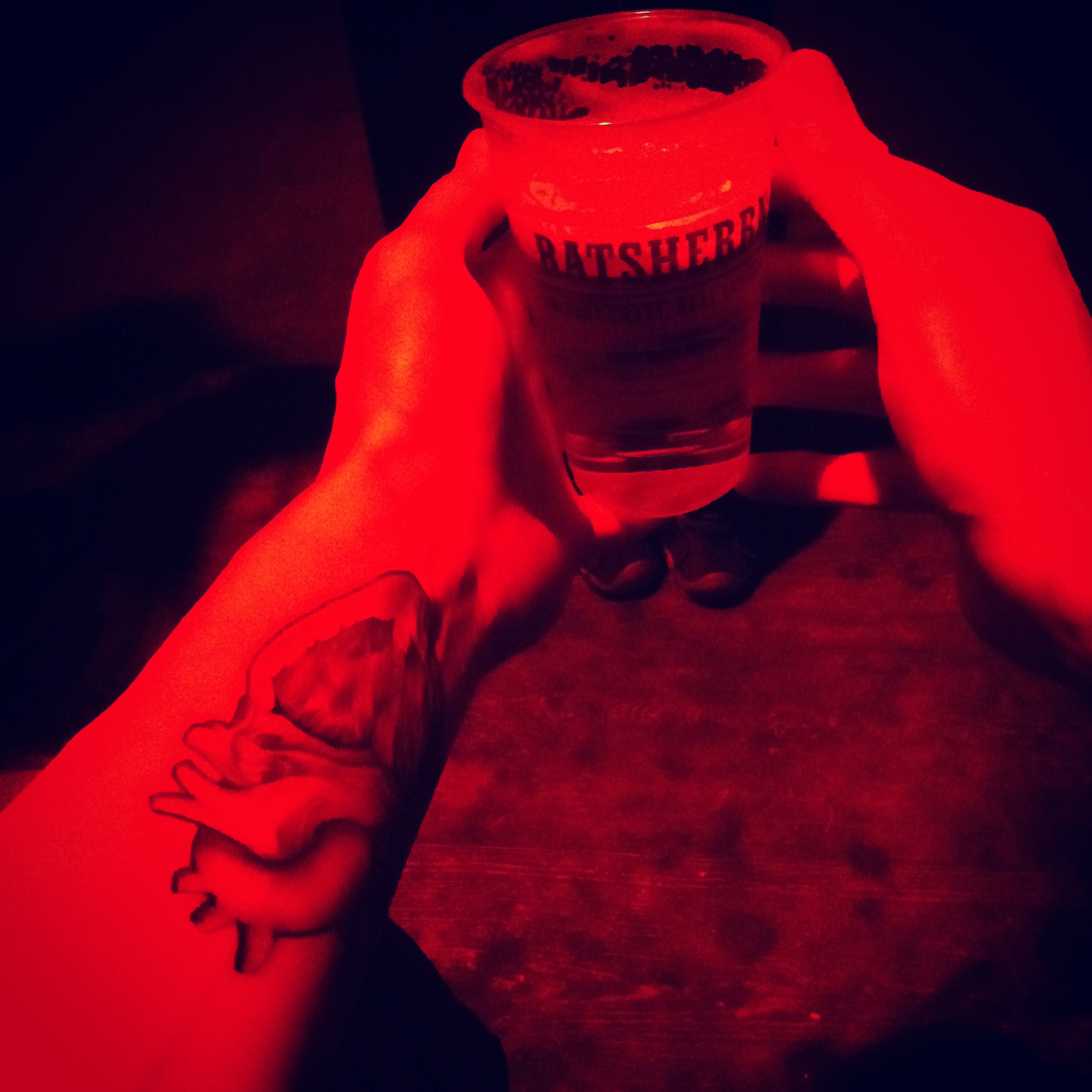 The Revival Tour took place in another location where there are only some few spots to sit, so we made sure to be there early, got hold of a seat and used the time available before the beginning to snap some photos. Tip 6: If you want to sit in a place where seats are rare make sure to be early!

Because I was focused so much on getting a seat I didn’t really think about how far away the restrooms are from the spot we sat at and so I had to make my way through the whole place in the middle of the concert. To my surprise, the audience wasn’t very thrilled by that. Seriously, I’m used to most people at concerts like this being extremely friendly and helpful, but some of the guys were just not willing to move one step to let me through to reach the restroom. Tip 7: Check out where the restrooms are and if you don’t want to fight your way through the crowd, maybe you’ll have to decide what’s more important: the restroom or a seat.

When it comes to choose your outfit for the concert you should think about the fact that it can get really hot and stuffy in a small location with a lot of people and being pregnant, you might have more circulation problems than you normally would have. Because of that, Tip 8: Choose an outfit with layers so you can take off one item or more when it gets hot in there!

Afterwards, I was thinking about why some of the people were so rude not to step aside to let a pregnant women pass and I came to the conclusion that they didn’t noticed me being pregnant because I wore something black. Tip 9: If you want your bump to be noticed, wear something bright and colorful!

My next tip is about merchandising; if you plan to buy something or even just want to have a look at what they offer, Tip 10: Stop at the merchandising before the concert begins or in the time between supporting and main act. You won’t want to wait another thirty minutes or more to buy a shirt or a poster after about 4 hours of waiting and listening to the concert when you are pregnant, believe me! No matter how fantastic the concert was, the only thing you can think about after the concert is how to get home as fast as possible, so Tip 11: Don’t plan to drink a “beer” or meet friends after the concert. Although both is really great, it won’t work  for you being heavily pregnant. Or maybe it just doesn’t work for me, I would love to hear other concert experiences of moms to be!

The result of my pregnant concert experience is that I would absolutely do it again, but just for favorite bands.